If you have used Facebook at all, you’ve probably had a friend request from someone you already were friends with.  That’s usually followed by the friend posting on their real account that they have been hacked and don’t accept that 2nd friend request.  The truth is, they haven’t been hacked, they’ve been cloned!   But what does that mean, and how can you prevent being cloned!?!  Of course there are lots of other scams to pull, so this is only one of thousands reasons that a scammer would want to be fake friends.

First, the reason a scammer is cloning an account, is so they can fool the victims friends.  If your best friend writes you on Facebook and says they need money quick because of an emergency, well, you just might want to help that friend out.  Especially if they are on vacation and in trouble because their wallet was stolen and they need money to get home.  The scammers know you are less likely to send money to someone you don’t know, but a friend, you just might.  It is that trust, that they are trying to steal from the victim of the cloning. 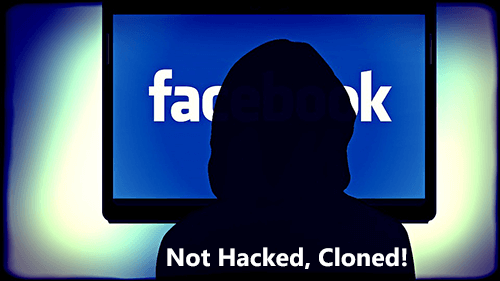 HOW DO THEY CLONE:

Cloning is easy, especially when you willingly give them all they need to do it.  Access to your name, your photo and your friends list.  You make it even easier if you share you posts as public, because they then know how you act and talk. 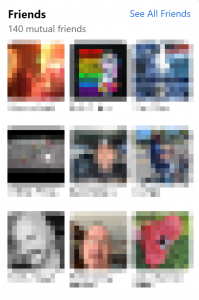 When the full friends list is available to the public, all a cloner has to do is copy your profile pic, create a new account with your name, and add your profile picture to their new profile to complete their cloning of your account.

Next step, they go to your account, and simply click on every friend you have provided them and add them as a friend on their new cloned account. The scammers spend very little time on this because they have scripts that do all this for them with just a single click.  They only have to worry about how to trick your friends into whatever scam they want to try to fool them with.

HOW TO PREVENT CLONING:

This part, is actually easy…

4.  You will now see an Edit Privacy screen, with options to set who can see your friends list and an option for who can see people, pages and lists that you follow.  This is where you have to decide how important sharing those things are with others, versus the chance to be cloned.   I highly recommend to at least set these to “Friends”, but the “Only Me” option will stop the ability to be cloned and them have your friends to scam, at least easily.

If you set the option to “Friends”, a non-friend can not see that information, however, if you get fooled by a friend that has been cloned, you have now let the scammers onto the other side of your protective wall and they can now clone your account with access to your friends.  So, it’s again, up to you what you select, just DO NOT CHOSE “PUBLIC” for these options. 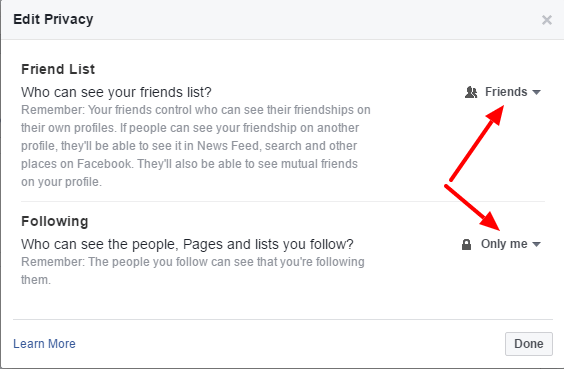 If someone is determined to attack you, there are other methods…However, by making it harder for them to clone your account, they will usually move on.   With millions of people on Facebook, why work hard to make a scam work, when so many others willingly help the bad guys scam their friends. 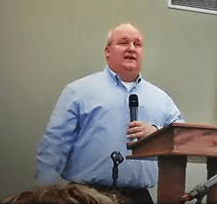